Norway is well known as a 'Northern Lights' hotspot and there is good reason. Above the Arctic Circle, many cities in Norway offer terrific chances to see the lights between mid-September to early April.

Seeing the Northern Lights in Norway needs planning and luck – as locals, we can help you see the lights as well as have a fabulous holiday in our region at the same time.

What time of year to see the Northern Lights in Norway?

The Northern Lights can be seen when the sky is clear and dark, and the optimal conditions are usually when the weather is cold and dry. Between mid-September until early April, these conditions might occur in Norway, above the Arctic Circle. If the weather is right, then, you must cross your fingers for a sun storm, sending out some magical particles in your direction...

Best spots to see the Northern Lights in Norway:

Over the past ten years, it has become increasing popular to search for the Northern Lights in Norway. Many of the more popular cities are crowded during the Aurora Borealis period and you will find there is often little availability in the hotels or on tours. The critical ingredient for optimal Northern Lights viewing that becomes relevant when you are thinking of where to stay is that you need a clear night with no light pollution. Cities such as Tromsø can offer good viewing but on most nights, you will need to head out of town each evening to avoid the light pollution. If you wish to stay in these more popular towns, be prepared to travel by car or bus each evening to a clear location in the outlying areas. There are ‘up and coming’ cities in Norway now catering for international visitors to see the Northern Lights which require less effort to leave town, or better still, book your stay in a rural or remote coastal setting that requires you just to look north each evening. Remember, you can’t take the lights for granted – it is, after all, a natural phenomenon, just like the weather and it requires a collision between electrically charged particles from the sun that enter the atmosphere of the earth for the lights to occur. 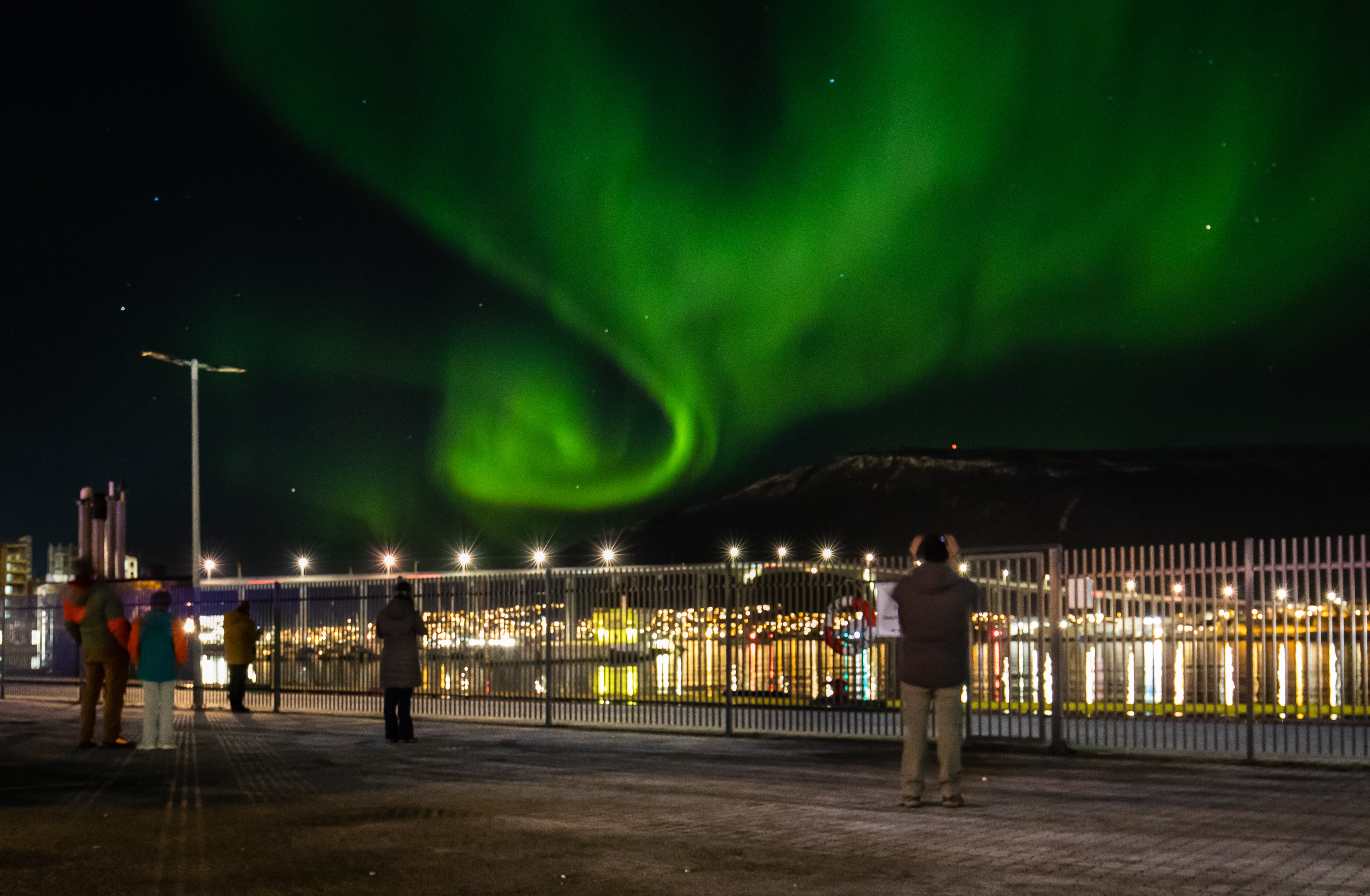 Best tours to see the Northern Lights in Norway during Autumn:

During September, October, and November, you have the chance to see the Northern Lights in Norway when visiting above the Arctic Circle. It starts to get dark from early afternoon in September and by late November, there are few direct sunlight hours at all in Northern Norway. However, the weather can be stormy during this time with little snow. Activities need to be adapted accordingly to the unpredictable weather. We recommend shorter voyages and visiting the inland regions if possible, during autumn. Our recommendation therefore is a tour such as Aurora Highlights which has a short cruise along the Norwegian coast before heading inland into Northern Finland where the weather tends to be more stable. You could also stay at a husky farm outside of Alta which is more sheltered from the coastal storms and offers a cosy, local experience to your Norway visit. 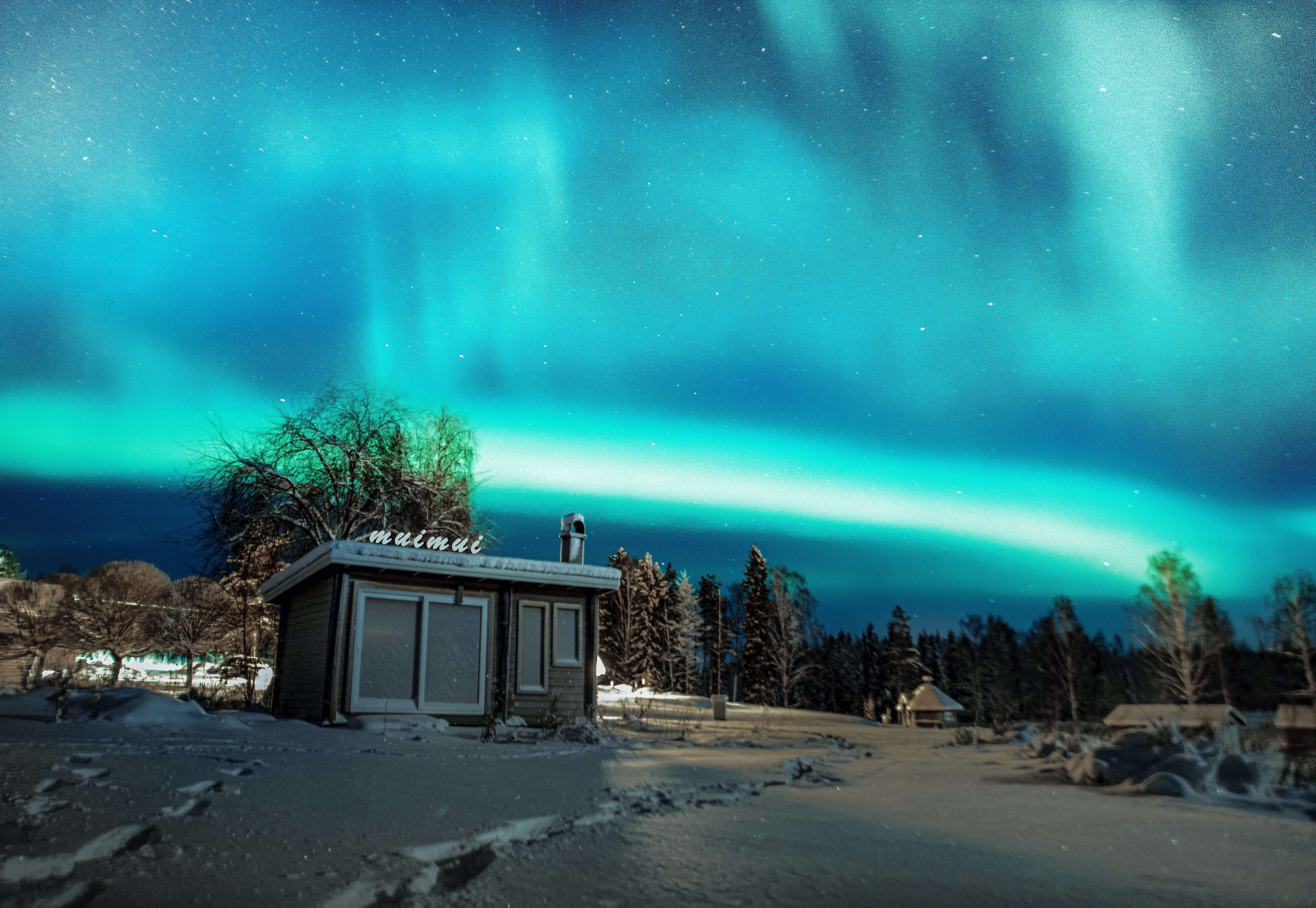 Best tours to see the Northern Lights in Norway during Spring:

During March and April, you can still witness the Northern Lights in Norway. May is getting too late in the season as the daylight hours quickly become longer and therefore it is harder to see the Northern Lights. As locals, we love March and April for a visit up North, the sun is shining during the day, weather is calm and the snow, fingers crossed, is still lingering. The main ‘Northern Lights’ tourist season is over, and it will be less crowded. Our best tours to see the Northern Lights during spring are the small group tours which stay in several different locations across the region, with nine nights in the Aurora Zone. Adding an activity such as a ‘hut to hut’ overnight dogsledding tour, ski touring or fishing safari makes the most of the longer day light hours. The Lofoten Region comes to life in early spring with the cod fishing festival. Spring settles down around the Lofoten Islands and the sun and warmth draw a multitude of the best cod from the Barents Sea to spawn in the surrounding waters. 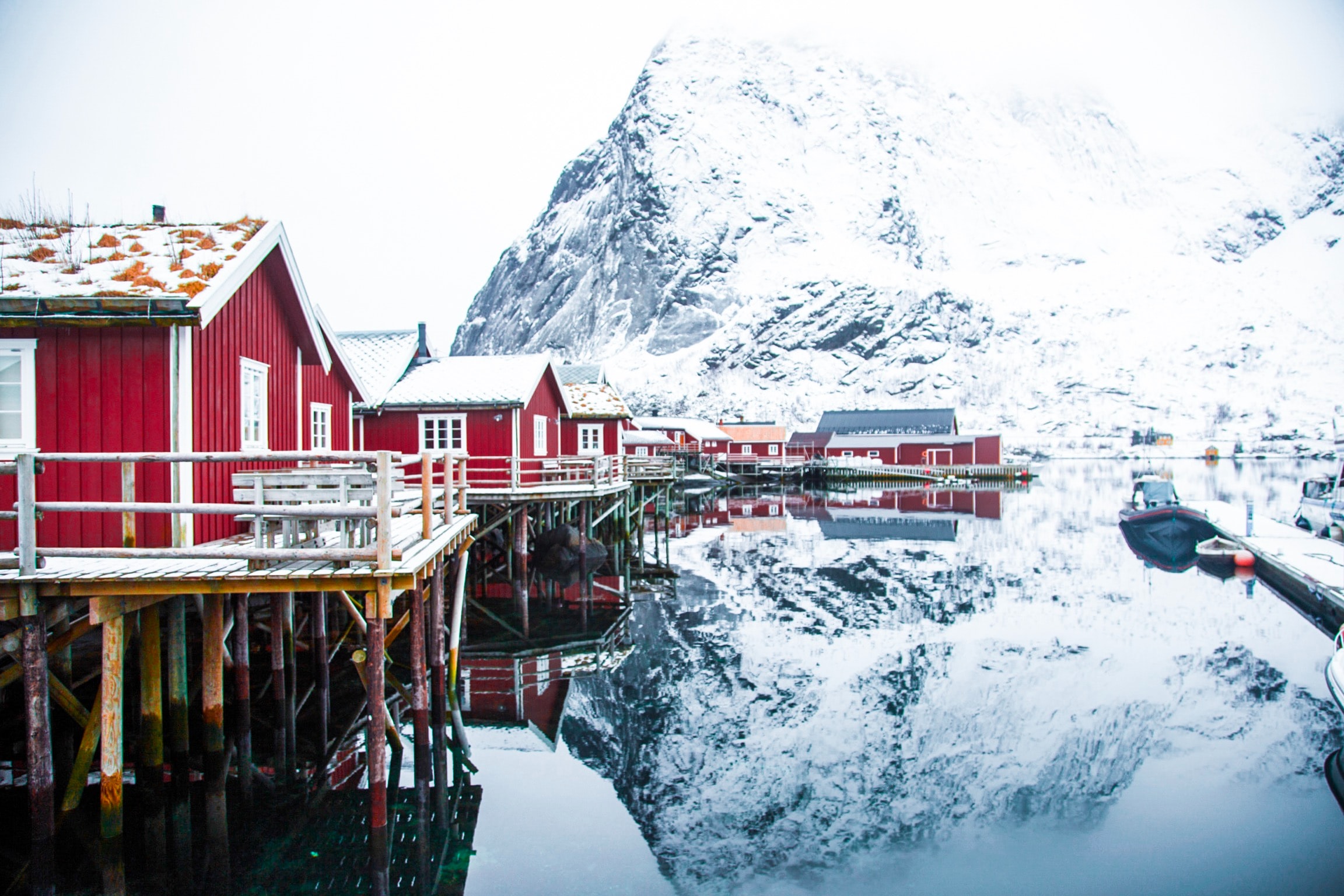 Best tours to see the Northern Lights in Norway during Winter:

During December, January, and February, you are visiting Norway right in the middle of the main ‘Northern Lights’ season. Enjoying the Christmas markets in Oslo or Lillehammer or making your way from Santa’s homeland, Finland before embarking on the mission of ‘witnessing the Northern Lights’ is a great way to combine the highlights of winter in Lapland. The days are cold and dark and typically there will be a good cover of snow. To find the best tour to see the Northern Lights during winter, you should think of what you would like to do during the day and go from there. If you would like to meet locals, perhaps join a tour staying with local reindeer herders or a rural farm retreat. If you want to cozy up in a lodge with outdoor hot tubs and luxury living, consider a lodge stay in the Lyngen Alps. For those intent on photographing the Northern Lights with an impressive mountain background, be sure to combine a coast stay on islands such as Sommarøy or Lofoten Islands.

Can you see the Northern Lights in Oslo, Norway?

Very rarely! It might happen once or twice a year but generally they will be hard to see and faint. With the amount of light pollution in Oslo, you will be extremely lucky to chance a good viewing of the lights during your stay. 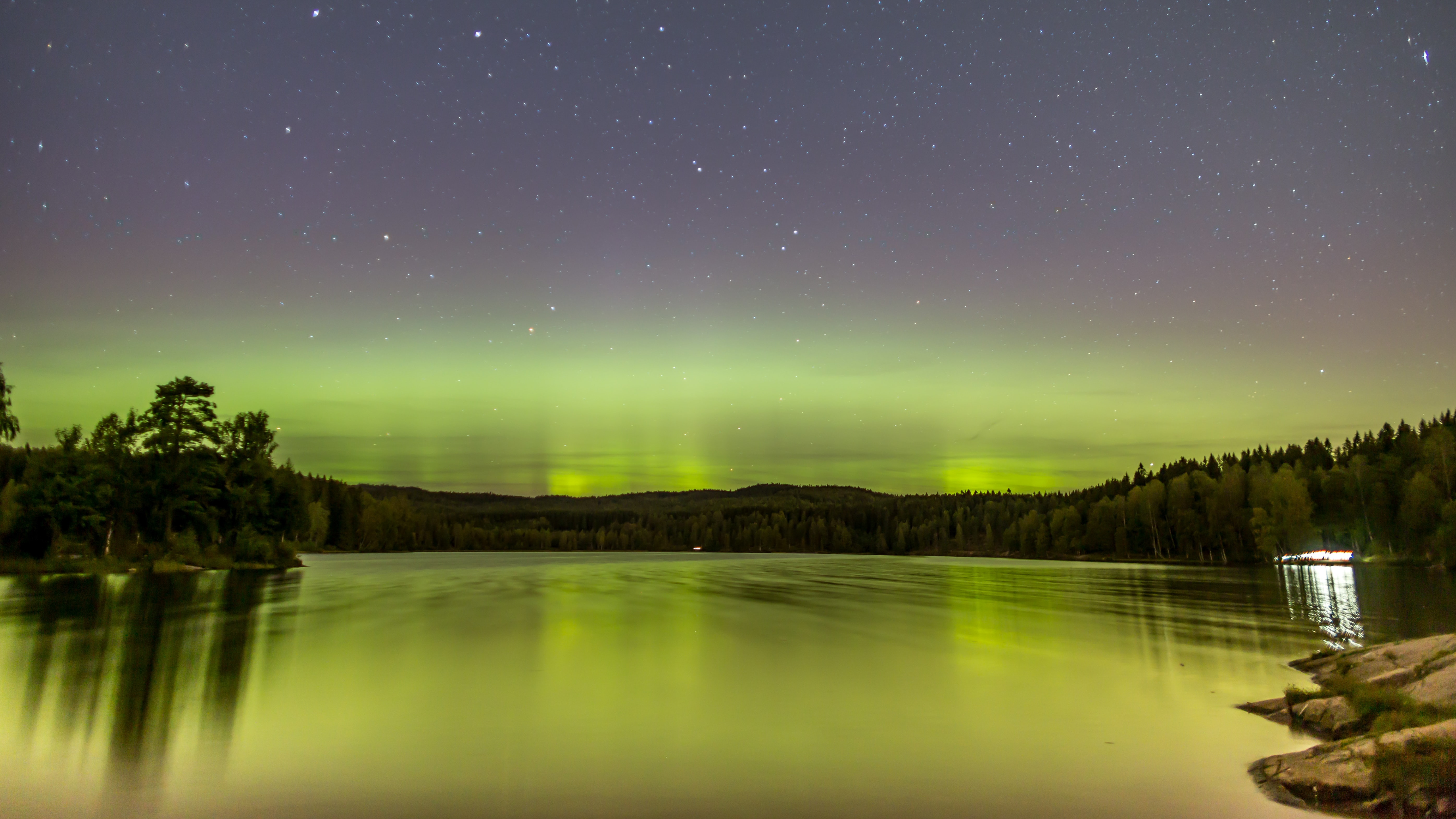 There are many good apps and websites that can show you the forecast of Northern Lights, but these aurora apps, like weather apps, only show the forecast a few days or a week or so in advance. Nothing is ‘set in stone’ so you need to book your Norway tour with many other highlights and unique activities to keep you satisfied. It is not unusual for guests to miss seeing the lights during their tour and therefore come again in the future. 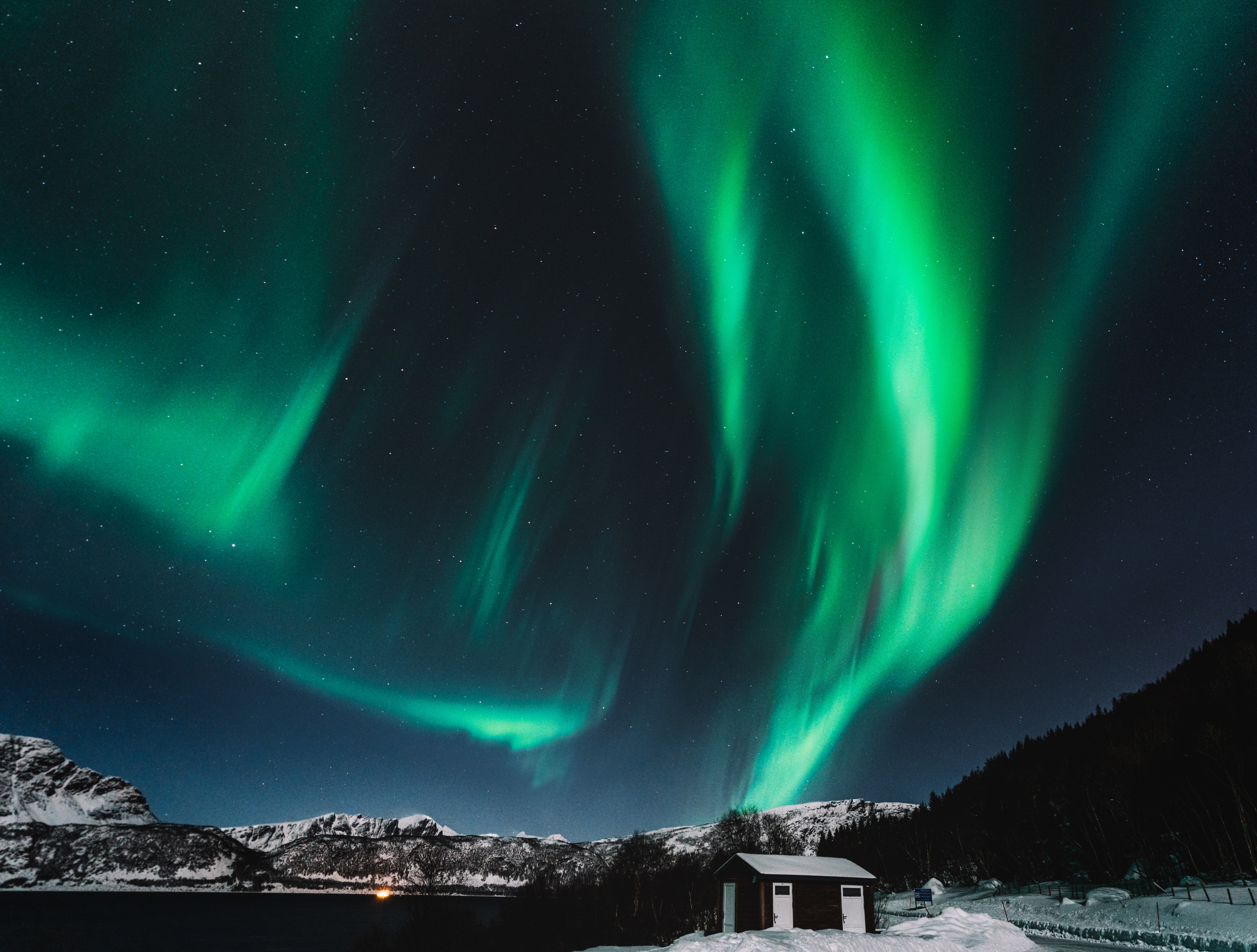